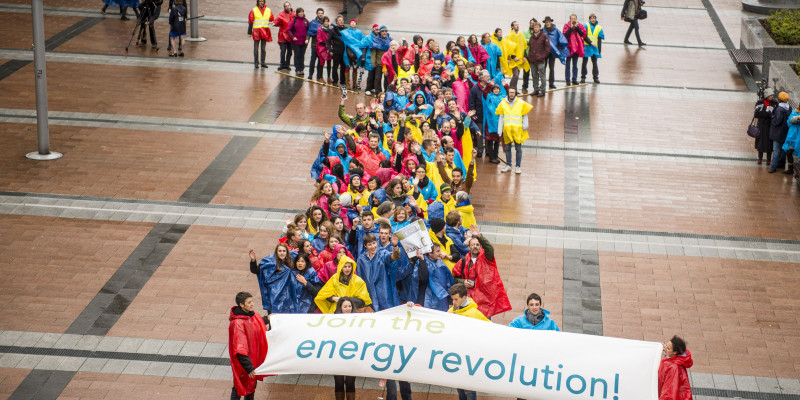 But citizens will surpass bleak expectations of new target.

EU decision makers have concluded an inadequate deal to govern Europe’s future renewable energy to 2030, according to Friends of the Earth Europe. However, citizens and communities have won new rights to generate renewable energy that could prove transformative.

The EU Council, Parliament and Climate Commissioner Cañete concluded a year and a half of negotiations on new EU renewable energy rules that include:

“EU decision-makers have agreed a paltry 32% target for renewable energy that is inadequate for a climate-safe fossil-free future, and shows a failure to grasp a shifting energy landscape, including rapidly falling renewables costs.

“However, citizen energy has won important recognition, with communities gaining new rights to generate, consume and sell energy – this gives people an opportunity to drive a transformation of our energy system, surpassing the bleak expectations of these targets.”

100% renewable energy is already viable with today’s technology, and community and citizen energy could produce over half of it by 2050, according to the organisation. Friends of the Earth Europe has campaigned since 2013 for European rights and recognition of community energy.

No deal was reached in discussions on energy efficiency, though further talks are expected in the coming days. Further negotiations to settle future electricity market rules will soon begin, offering more opportunities to curb pollution through the phase-out of the most polluting plants.