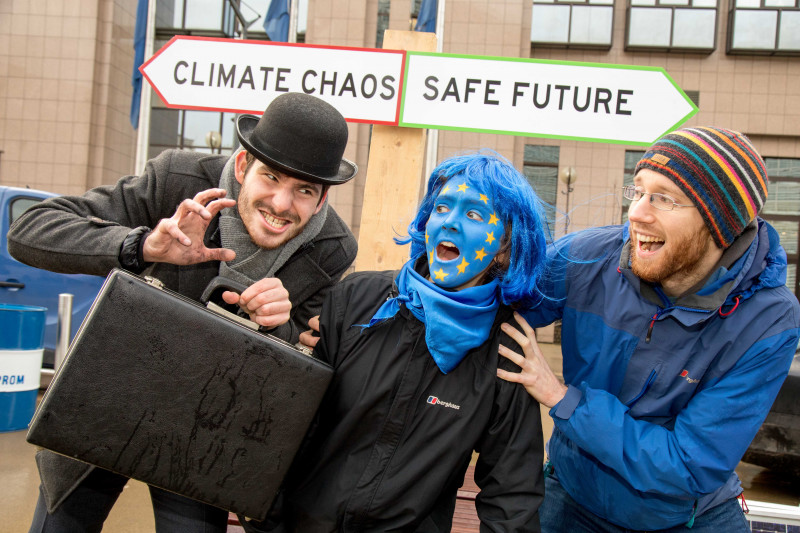 The European Commission has fallen for the fossil fuel industry's hydrogen hype with its proposals for a 'European Hydrogen Strategy' published today, says Friends of the Earth Europe.

The strategy aims to boost the growth of hydrogen as part of Europe's efforts to decarbonise its energy system, by creating a policy framework and identifying projects for funding. But Friends of the Earth Europe is concerned the Commission's focus on hydrogen is at the expense of more important renewable energy and energy efficiency technologies. The group also criticised the failure to rule out support for hydrogen from fossil fuels, and the clear risk of creating new vested interests.

Later today, the Commission will also launch the 'Clean Hydrogen Alliance', a body made up of representatives from industry, public authorities and civil society with the aim of supporting the European hydrogen sector.

Reacting to the proposals, Tara Connolly, energy campaigner at Friends of the Earth Europe said:

"The Commission has fallen for the fossil fuel industry's hydrogen hype. The Commission claims that renewable hydrogen is the future but by leaving the door open to fossil hydrogen, and gifting industry influence through a new Alliance, the Commission is handing a new lifeline to the failing fossil fuel industry. It's now up to MEPs and EU energy ministers to ensure EU support goes to renewable hydrogen only, and to refocus efforts on accelerating efficiency and renewables."

Friends of the Earth Europe is calling on the EU to refocus its efforts on driving efficiency and renewable energy, to explicitly exclude fossil fuel-based hydrogen from receiving EU support, and to ensure decisions on hydrogen policy and funding are fully independent and informed by science.

MEPs and EU energy ministers are expected to prepare reports reacting to the Commission's proposals by the end of this year.