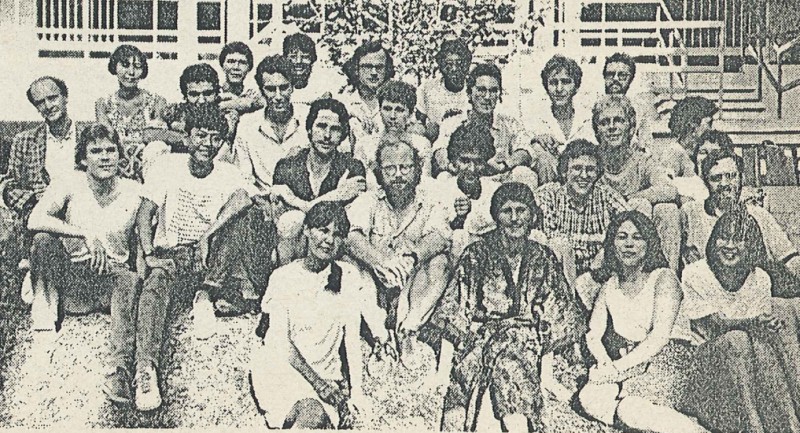 Throughout the 1980s, European Friends of the Earth groups in Europe had been working together on campaigns on acid rain and the protection of tropical rainforests, and under the guidance of Friends of the Earth International, it was decided to establish a formal regional office to coordinate their work.

Friends of the Earth Europe began life as Coordination Européenne des Amis de la Terre (CEAT) and it was in 1986, as the Single European Act was being agreed, that it opened a small office in Brussels with the aim of putting the environment on top of the European Union agenda.

In 1987 we created an outreach programme to fledging environmental groups in Central and Eastern Europe.

In 1991 a biotechnology programme was established to inform policy-makers of the risks to the environment from genetically modified organisms in crops and food.

The year 2000 saw the launch of the climate change campaign mobilising thousands of people to build a dike during the international climate change talks in The Hague.

2007 saw the creation of our youth network, Young Friends of the Earth Europe.

In 2008 we launched the European Big Ask campaign to call on governments to set legally binding annual emissions cuts. The campaign mobilised hundreds of thousands of people and included a tour with the British band Radiohead.

Since its creation Friends of the Earth Europe has grown into a vibrant office of thirty staff engaged in campaigning, communications, fundraising, network coordination, capacity building and supporting youth activism.

Today we continue to work on the world's most pressing environmental challenges which threaten global peace, equity and social justice.

In 2011 we marked 25 years of Friends of the Earth Europe with a photographic exhibition of some of the highlights of 25 years campaigning 'for the people, for the planet, for the future'.