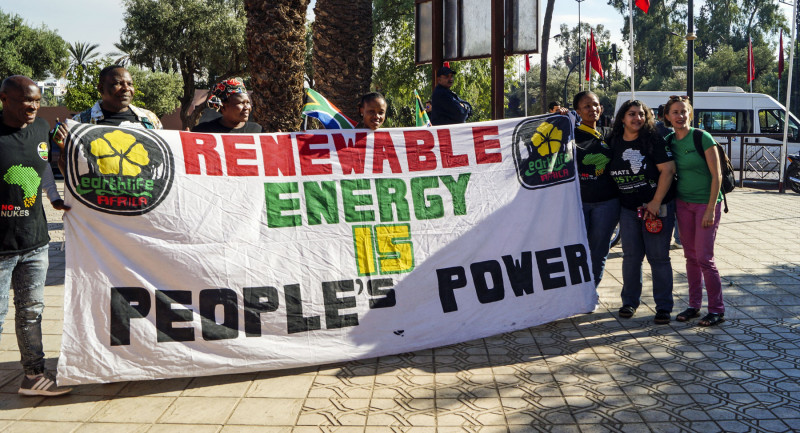 Beacons of hope shine out from amongst an otherwise gloomy 'winter package' according to Friends of the Earth Europe, as the European Commission announced its proposals for energy efficiency and renewable energy today.

Although insufficient and out of step with the Paris agreement, elements of the package recognise the role of increased efficiency and renewable energy in creating jobs, cutting energy use and tackling climate change, according to the organisation. The package includes a binding energy efficiency target of 30% by 2030 and a focus on community-owned and managed renewable energy.

Molly Walsh, community power campaigner for Friends of the Earth Europe said: "Seeing citizens placed at the heart of the energy transition is a beacon of hope amongst an otherwise gloomy, fossil-fuel-heavy package. The European Commission has recognised the benefits of community-owned renewables and cooperatives, but is failing to kick its fossil fuel addiction, at the expense of the climate, and the Paris agreement."

If community energy is allowed to fulfil its potential over half of European citizens could be producing their own renewable energy by 2050.

Brook Riley, climate and energy campaigner for Friends of the Earth Europe said: "The European Commission's decision to increase the 2030 energy efficiency target will lift millions of people out of energy poverty, cut greenhouse gas emissions, and create jobs – but why stop at 30%? It's disappointing that the Commission is so clear on the benefits of efficiency yet fails to come forward with proposals that meet its full potential."

The package fails to tackle the over-supply of energy, or address the urgent need to cut fossil fuel extraction and consumption. Capacity payments included in the package – cash payments that will keep outdated and polluting power stations on the grid – have been described as "life support for an industry that should be laid to rest" by the organisation. The package also reinstates controversial targets for biofuels in transport, long considered counter-productive in tackling climate change.

The 'winter package' will now be taken forward by the European Parliament and Council, where they must be strengthened, if Europe is serious about tackling climate change and making European climate policy work for people.