Coronavirus hasn’t affected everyone equally. We're sharing stories from across our European and global network of what lockdown and life under coronavirus look like around the world. Hearing from those who are among the worst affected, and how they are taking action.

Spurred by a crisis for small food producers during Covid-19 confinement, Spain’s network of women for agroecology united a record 700 organisations in support of local food markets and distribution chains. 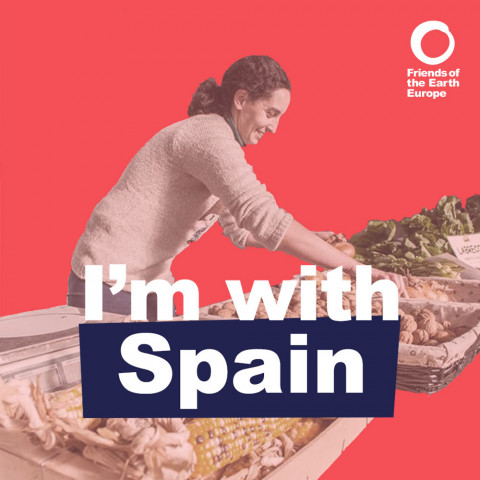 Spain was one of the countries hardest hit by the Covid-19 crisis. Its lockdown began on 14 March 2020, and was one of the most stringent in Europe. Adults were only allowed to leave their homes once per day, to buy food or medicine, for essential work, or to walk their dogs.

Supermarkets were able to stay open for people to visit. However, open-air markets were closed. Small agroecological producers had nowhere to sell their produce. They were marginalised and unable to maintain a livelihood.

Spain’s network of women for agroecology – an informal but active network of activists, researchers, producers, agrarian unions, and ecologists (including Friends of the Earth Spain) – activated in support of thousands of small producers.

Under the banner #SOSCampesinado (S.O.S. small farmers), they brought together their network to demand that the government reopen the markets and encourage local food distribution. To support small producers at financial risk, they demanded public food supplies in hospitals, care homes, and school canteens purchase from local producers. And they called for small producers and cooperatives to be able to access their small-holdings. 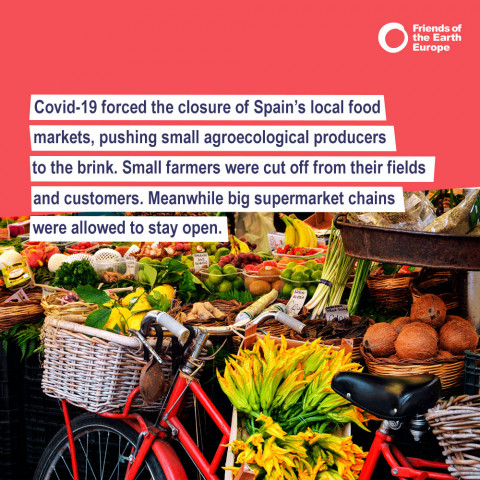 More than 700 organisations joined the call, and #SOSCampesinado became a focal point for solidarity and agroecology initiatives during the covid crisis. Across Spain, dozens of local campaigns were successful in pressurising their councils and municipalities to re-authorise open-air markets and support food sovereignty.

On April 17 day of peasant struggles, Friends of the Earth Spain explained:

“The COVID-19 crisis has highlighted the value of the people who work the land to produce our food. The widespread closure of food markets is generating unaffordable costs for local producers, and increasing food waste due to the impossibility of using their products. Fresh and healthy food is not reaching the public.”

Some regions of Spain, including the Basque Country, heeded to the demands of #SOSCampesinado, promoting local food supply chains and reopening local food markets; but not the central government.

The strict confinement conditions have now begun to ease conditions for small producers in Spain. But the crisis has helped unite many more voices than ever before in support of local food markets and distribution chains. A movement that will continue. 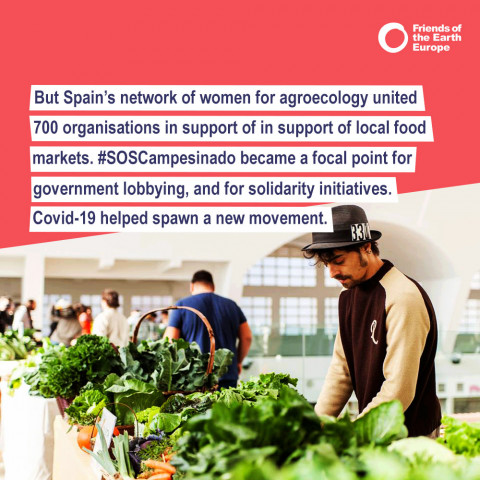