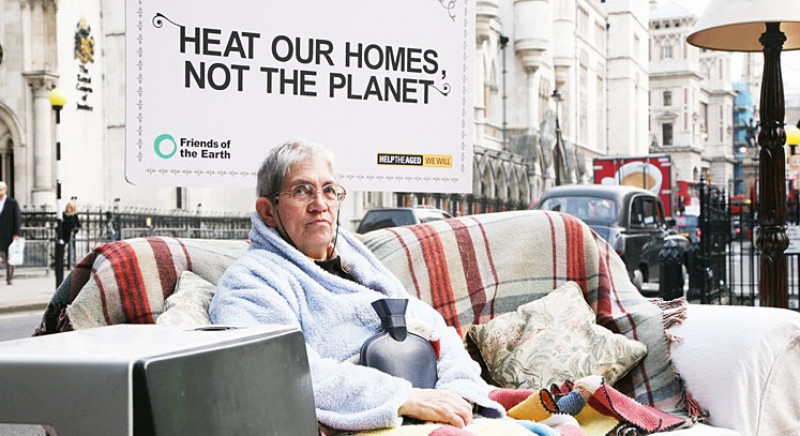 Warm homes not the climate!

Our energy system isn’t working. We are wasting tremendous amounts of energy, and at the same time, millions live in energy poverty in Europe, due to a combination of bad housing, low incomes, and high energy bills.

Energy poverty is the manifestation of social inequality in energy consumption. It has been increasing since the 2008 financial crisis - and led to the creation of new grassroots movements all over Europe, fighting energy disconnections in particular.

Energy poverty feeds into a vicious cycle of social exclusion. It harms the most vulnerable first: the elderly, low-income families, single-parent homes (80% headed by women) and people of colour.

Despite this, only a third of EU governments officially recognise energy poverty. And even for those governments and policy-makers that do recognise the problem, many fail to make the connection with our energy system, which drives over-consumption of fossil fuels and energy waste.

To tackle this problem, we need immediate relief for energy-poor families, with measures such as banning disconnections. But we also need solutions that tackle the root cause of the problem such as establishing a right to energy for everybody, and energy savings. Insulating homes is crucial for liveable and energy efficient homes that are warm in winter and cool in summer - and slashes energy bills, which have been steadily increasing for years.

Friends of the Earth Europe is a founding member of the Right to Energy coalition which aims to defend access to energy for all – and includes labour unions, anti-poverty organisations energy cooperatives, health organisations and social housing providers.