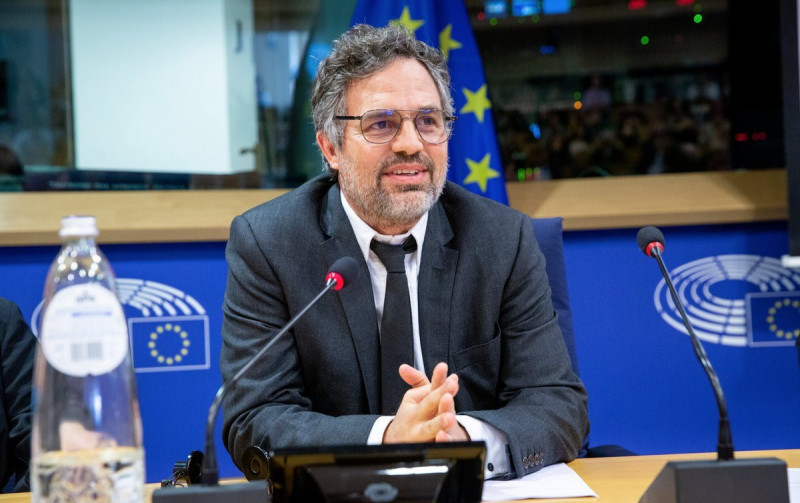 One of the world’s most famous actors and activists, Mark Ruffalo, who plays 'The Hulk', has today weighed into Europe’s climate debate, urging members of the European Parliament in Brussels to vote against a list of priority EU energy infrastructure projects next week, as it could subsidise 55 new fossil fuel projects, including those that facilitate the import and transport of US fracked gas.

"#Fracked #gas is going to poison our people. It's the antithesis of moving forward a #EUGreenDeal" Hulk star @MarkRuffalo tells MEPs.

Europe should not import US fracked gas

Ruffalo was speaking in Brussels this afternoon about his new film Dark Waters, and had a private meeting with European Parliament President David Sassoli.

Mark Ruffalo said in a statement:

"I’m in Brussels to screen my new film Dark Waters and advocate for protecting our precious water from toxic chemicals.

"I’m urging the European Parliament to vote down a list of 55 fossil fuel infrastructure projects, many of which would import fracked gas from the US to Europe. This not only contradicts the European Green Deal but also exacerbates climate change at a time when the world needs Europe to be a climate leader.

"Supporting fracked gas projects runs counter to the laudable actions of several European countries that have banned fracking including France, Bulgaria, Ireland, Austria, Germany and areas of Belgium, the Netherlands, and Spain. Fracking is not safe in those countries, it’s not safe in the United States, and the European Parliament should not import US fracked gas."

He earlier made a personal video statement on his social media urging members of the European Parliament to be true climate leaders by voting against the so-called ‘Projects of Common Interest’ (PCI) list and instead investing in renewable energy projects.

MEPs are due to vote next week in Strasbourg on a motion to reject the EU’s list of priority energy projects. If the list is approved, fossil fuel corporations will be eligible to receive funding from the European Union to build these projects. Many of these projects could be used to import damaging fracked gas from the United States.

“The Hulk is right, there can be no truly Green Deal with more fracked gas. It’s now up to all MEPs to reject the EU’s list of priority energy projects which gives immense backing to yet more fossil fuels.”

The Hulk smashes the #PCIlist!