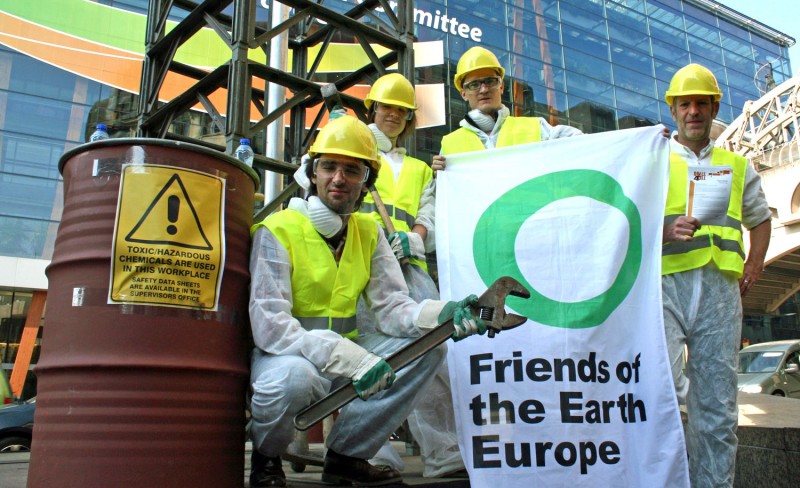 Shale gas, shale oil, tight gas and coal-bed methane are unconventional forms of gas and oil found in shale reservoirs and coal-beds. The extraction process often requires high-volume hydraulic fracturing, also known as 'fracking'. Fracking involves the injection of millions of litres of water, silica sand and chemicals – known as 'fracking fluid' – into a shale reservoir or coal-bed, at high pressure, to fracture the rock and release the gas or the oil. This leads to ground-water contamination, serious health impacts, and significantly higher carbon emissions than other fossil fuels, posing a serious threat to the climate, the environment and local communities.

However, the production of shale gas and tight gas poses significant threats to the climate, the environment and to local communities:

These problems are mirrored during the extraction of shale oil – where oil is extracted from shale reservoirs instead of gas.

Coal-bed methane (CBM) is an unconventional form of gas trapped in coal-beds, exploited on a commercial scale in Australia and in Canada. In addition those impacts witnessed during shale gas extraction, coal-bed methane also poses specific threats to the environment and, as a consequence, to climate and people's health:

A slow costly road to nowhere

The American myth of 'cheap and abundant' energy from shale gas is based on artificially low prices and the exploitation of weak health and safety regulations. In Europe, necessarily stricter legislation, differing geological conditions, a lack of drilling infrastructure and know-how, and higher population density means a replication of the US 'boom' is impossible.

Unconventional forms of oil and gas in Europe will be hindered by significantly higher costs, and would play a negligible role in energy security and the competitiveness of European industries. They would only thrive through massive public subsidies, which should be invested in sustainable solutions like renewable energy.

All these forms of unconventional fossil fuel production will lock Europe into fossil fuel use, jeopardising emissions reduction targets and preventing investments into renewable energy development.

Friends of the Earth Europe campaigns to put a stop to the production of unconventional fossil fuels such as shale gas, coal-bed methane and shale oil, in solidarity with civil society and local movements resisting developments across the world.

Many large energy companies, with the assistance of national governments, have begun exploration in Europe, primarily driven by energy security fears. We aim to raise awareness about the well-documented detrimental effects of shale gas and other unconventional fuel production on the climate, the environment and health, and show that there are alternatives – from the development of community-owned renewable energy resources to low energy buildings, demand reduction and energy savings.