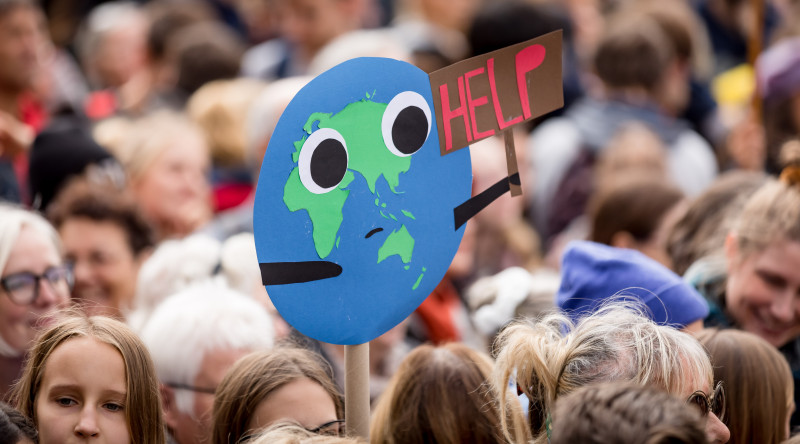 Will incoming EU energy chief pour gas on the fire?

Just days after the biggest climate protests the world has ever seen, members of the European Parliament started the interview process for the nominees for European Commissioners 2019-2024. Yesterday was the turn of the proposed EU energy chief, Ms. Kadri Simson. How did she do?

How did the Estonian stack up transforming EU energy?

The hearing lasted three gruelling hours. It was a chance for Simson to outline her vision for Europe’s energy transformation as part of the promised European Green Deal, announced by the incoming Commission President von der Leyen to ramp up climate and environmental action. 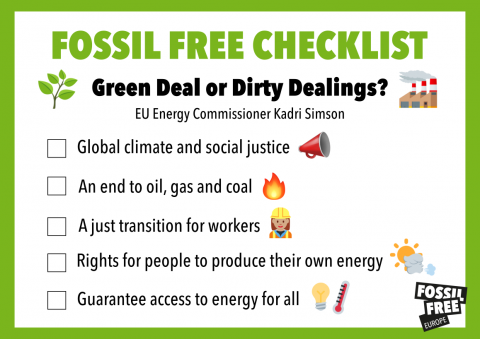 Unfortunately, her performance was alarmingly weak on answers and vision - neither inspiring, nor coherent or ambitious. Simson was ambiguous about phasing out fossil fuels, and lacked a vision to accelerate Europe's energy transformation.

Let’s break it down.

The biggest problem in Simson’s answers were major inconsistencies on gas. We know that our carbon budget has no room for new gas or other fossil fuels. To respond to the climate emergency, we need a fossil free energy system by 2030.

But the gas industry is lobbying for a bigger role for gas. As Greenpeace put it, “aiming for carbon-neutrality while investing in gas is like saying you’re planning to quit smoking by switching cigarette brands.”

Kadri Simson began her hearing by insisting time is up for gas - an encouraging start. But she went on to confirm that EU funds would continue to support importation of climate wrecking liquefied natural gas (LNG) from American fracking and elsewhere, and new fossil gas projects which would lock us into dirty infrastructure for decades.

She also put a lot of emphasis on new ‘green’ gases, but these are unproven, costly, require more fossil gas to produce them, and serve as a convenient excuse to keep expanding gas infrastructure.

Estonian EU commissioner-designate for the energy portfolio, @KadriSimson, did not manage to fully convince #MEPs with her vague proposals concerning the #EnergyTransition in Europe.https://t.co/TfBxKry7XI

An important question for EU climate leadership is how the EU plans to ramp up renewable energy, and its too small renewables targets. The current 32% target by 2030 is far from enough to prevent climate breakdown. Here, Simson evaded answers, put the responsibility on Member States, and failed to back an increase of the renewables targets.

Asked by MEPs about community renewable energy, Simson recognised the importance of ‘prosumers’ (e.g. individuals generating solar rooftop energy). But she evaded backing community renewable energy schemes, which can bring benefits for communities and unlock renewables' potential. This does not even match the recent EU Renewables Directive II that gives communities and individuals new rights to generate, store, consume and sell their own energy.

We need to make sure no one is left behind as we transform to a fossil free Europe.

The EU Commission has been paying closer attention to demands for a just transition, pushed by workers, trade unions and Friends of the Earth and wider civil society. Simson highlighted the suggestion of a just transition fund, as part of incoming Commission President von der Leyen’s plan for a Green Deal.

But so far, questions remain about whether the funds can match the scale of the challenge, whether there will indeed be a full transition, and whether the plan will be used to bail out fossil fuel corporations.

Simson couldn’t provide more specific details on how to guarantee quality jobs, reskill workers, or protect communities and their livelihoods. It’s time the Commission made good on the promise of a fair as well as fully fossil free energy transition.

Another aspect of achieving a fair transition is ensuring all Europeans have access to energy. We know that one in ten Europeans can’t afford to heat their homes in winter, and millions live with the threat of disconnection.

Today's hearing of energy commissioner-designate @KadriSimson did not answer most of our questions, and often diverted responsibility to Member States.
Action must match words!#GreenDeal #EPHearing2019 https://t.co/hHNM5jlJIN pic.twitter.com/xvVOyvuFiz

'Yellow vest' protests have shown us the kind of backlash to expect if the most vulnerable are asked to foot the bill of the transition. This is why ending energy poverty must be put at the centre of discussions on energy. Massively retrofitting buildings to be high quality and fully energy efficient is a big part of the solution, and it would help to dramatically cut our emissions.

Simson acknowledged the importance of tackling energy poverty, but, when asked, she didn’t take the opportunity to recognise energy as a human right needed for a dignified life, not did she commit to steps to ensure Member States will act.

As a continent largely responsible for causing global heating, Europe must do its fair share to fix climate breakdown, according to science and equity. Europe has the responsibility and capacity to decarbonise faster, and to support transition efforts in the Global South.

A positive step was the announcement of von der Leyen’s 55% emissions target for 2030, but that still falls far short of what science and climate justice demand. No specific questions were asked on the issue of global climate and social justice, nor did Simson mention it herself - thus failing to show that she ‘gets’ climate justice and the European public appetite for action on climate crisis.

To recap: Ms. Simson gave an alarmingly weak performance, considering that her job will be to lead Europe’s energy transformation to avoid climate crisis. A week after the biggest climate protests the world has ever seen, she failed to impress on delivering the fossil free energy transformation our climate needs. She was ambiguous on the need to phase out fossil fuels at speed. And she had no vision to accelerate the green and just transformation of our energy.

In the context of the urgent and largescale changes we need to halt climate breakdown, Simson and the EU have yet to show that they understand the gravity of the crisis we find ourselves in. She’s going to have to up her game fast.

Providing an Estonian perspective, here’s what Madis Vasser, from Friends of the Earth Estonia had to say:

"As Estonian economy minister, Kadri Simon said the energy transition 'cannot start tomorrow'. This is the same excuse used for the last 15 years, but the problem is not technical, it is purely political.

"The hope is that dealing with the rest of Europe will somehow change her mind."

Our verdict on @KadriSimson at #EPhearing2019: an alarmingly weak performance.

The candidate to lead Europe’s #energy transformation to avoid #climate crisis is going to have to up her game fast#simson pic.twitter.com/uGAf8kq7qY