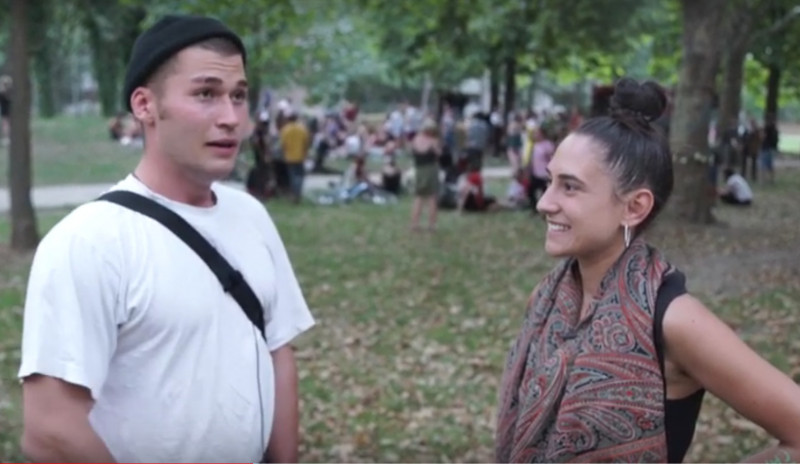 YFoEE has organized "Training for Traineers: inclusive climate justice work" which gathered young people across Europe in August in Germany. The same participants have run many workshops and activities related to the social and environmental justice movement. Popular Education has been one the basis of this training where it was demostrated that everybody has knowledge to share and learn from the others. "The greatest climate resistances in Europe” was one of the activities where young activists explained their experiences related with different campaigns. Sofija Getova was involved in SOS Valandovo, the anti-mining campaign started in a small village in Macedonia. We have asked her about the movement and her personal participation.

Valandovo valley is an agricultural region in the south of Macedonia, where mostly of people are farmers. The campaign started firstly as a civil initiative fighting against the construction of an open coal mine next to the town. Later, the movement demanded transparent process, sustainable use of the resources management of the region and preservation of the nature and the community.

The movement started when it was found out the building’s plan of an open coal mine just 2 kilometres away from Valandovo town. The local government had already signed the permission of concession to build the mine. Some people just found out the new in the moment that the foreign company was just arriving to start the building. Everything was organized behind closed doors. Any politician or members of the local administration informed the citizens of Valandovo about the coal mine. There were four young people worried about this future mine in their region who set up this movement saying everyone that this plan would produce negative consequences to the region and the community needed to do something. The movement started to raise awareness that citizens needed to stop the coal mine and protect the way of life of the community.

Which strategies, tactics, activities were used?

SOS Valandovo used as main tool public meetings in different towns around the region. They invited everyone and also, asked participants which their opinions about the topic were. This tool offered them to be more aware about what was going on. SOS Valandovo organized public debates where they invited representatives from the local government and from the company to explain the plan of the mine in order to have an open debate. Another tool used it was a local Food Festival where local farmers and local agricultural business presented their products in order to show what the real treasure of our community was and how everything would be destroyed if the open coal mine was built. For sure, the land and the water would be destroyed. The movement pressured through social media and organized some actions on the streets as well.

What did it happen?

This movement was born when the elections for local government were close. The coal mine became the most important topic during the local election campaign. New local politicians were elected because they promised to stop the mine. The Prime Minister also came to Valandolo and actually, he promised to stop the mine saying that the national government took care of their citizens. When the elections happened and new local government arrived, SOS Valandovo still put pressure in order to fulfil promises done by new politicians. The movement continued to spread the anti-mining message through social media and protest on the streets raising awareness that this coal mine would affect the whole country because the region produces 90% of the food of Macedonia.

Which lesson have you learnt?

I have learnt that people should have faith in young people because there were the ones that started this movement and created the campaign. Being four people at the beginning, they got to involve around 5.000 citizens united to fight against this open coal mine. If you know with your heart that something is not right and you are really concerned about it, you can change it.