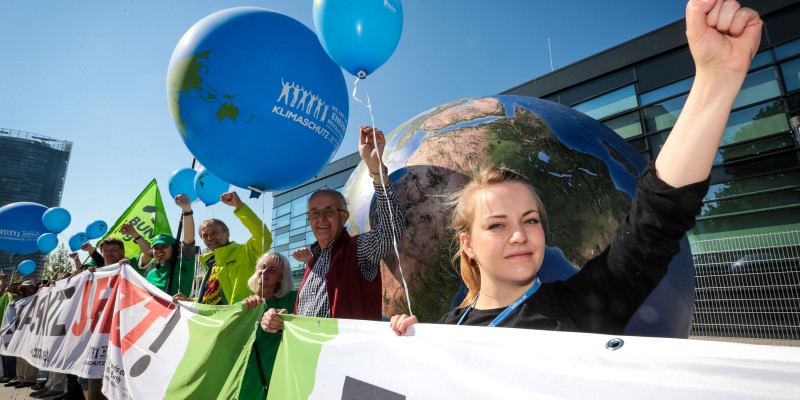 The road to Paris – how did we get here?

Brief history of the UNFCCC

In 1992 the Earth Summit was held in Rio de Janeiro where a legally non-binding international treaty called the United Nations Framework Convention on Climate Change (UNFCCC) was signed. The main aim of the treaty was to stabilize greenhouse gas emissions in the atmosphere at a level that would prevent dangerous anthropogenic interference with the climate system. Legally non-binding means that the treaty provides a framework for negotiating specific international treaties (called "protocols") that may set binding limits on greenhouse gases.

The UNFCCC was adopted on 9 May 1992, opened for signature on 4 June 1992 and entered into force in 1994. The parties to the convention have met annually from 1995 in Conferences of the Parties (COP) to assess progress in dealing with climate change. The first COP (i.e. COP1) was held in Berlin, Germany, and it resulted in the Berlin mandate - the aim was to negotiate strengthened commitments to achieve the objective of the UNFCCC.

The Parties to the UNFCCC (all countries that signed/have adopted the UNFCCC) are classified into four categories: Annex I (developed countries), Annex II, Annex B, Least Developed Countries (LDCs) and Non-Annex 1 (developing countries). Annex I and non-Annex I countries were established in 1992. As of 2014, UNFCCC has 196 parties. 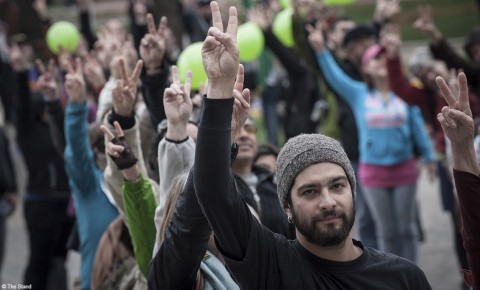 The result of the Berlin mandate was the Kyoto Protocol in 1997 (adopted at COP3 in Kyoto, Japan). It entered into force in 2005 at the COP11 in Montreal, when the first Meeting of the Parties to the Kyoto Protocol (CMP1) happened. Since then, COP and CMP always take place at the same time. The Protocol sets emissions targets for developed countries (Annex I) which are legally binding under international law: 5% below 1990 levels to be achieved within the first commitment period from 2008 to 2012. The second commitment period was agreed in 2012 and will last until 2020 when a new global treaty replacing the Kyoto Protocol is expected to come into effect. There are currently 191 Parties to the Protocol. The US hasn't ratified it, and Canada withdrew in 2012.

Important to emphasize is that the Kyoto Protocol is based on the principles of equity, common but differentiated responsibilities (CBDR) and respective capabilities. This means that it puts the obligation to reduce current emissions on developed countries on the basis that they are historically responsible for the current levels of greenhouse gases in the atmosphere. And this has been at the centre of COPs each year - developed countries trying to escape their historical responsibilities, and thus blurring the lines and going against the principles of the Protocol. 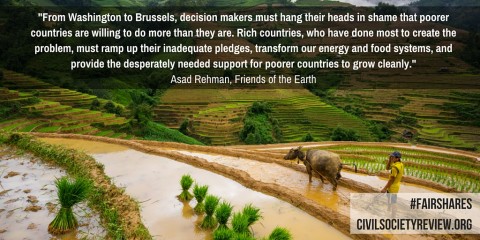 During the COP11 in Montreal, the Ad hoc Working Group on Further Commitments for Annex I Parties under the Kyoto Protocol (short: AWG-KP) was established and it dealt only with Annex I emission reduction targets.

At the COP13 in 2007 in Bali, the Bali Action Plan was adopted. It established the Ad hoc Working Group on Long-term Cooperative Action under the UNFCCC (short: AWG-LCA), and its mandate was to negotiate about: a shared vision (for long-term climate action), mitigation, adaptation, technology transfer, finance, capacity building. Until this moment, the COPs were only about mitigation (reducing emissions), which developed countries are pushing for, while developing countries want to focus more on the other important elements like finance and adaptation. The Action Plan began the process of blurring the distinction between developed and developing countries (e.g. commitments and actions for developed countries) and imposing new obligations on developing countries. The Bali Roadmap was also agreed at this COP, and it contained a deadline for AWG-KP and AWG-LCA to finish the work they were mandated for by the COP in Copenhagen in 2009. That's why there was a big hype around Copenhagen - but the two AWGs didn't finish until the COP in Doha in 2012.

The conference in Copenhagen in 2009 (COP15) was considered to be the opportunity to agree a successor to the Kyoto Protocol that would bring about meaningful carbon cuts. But the negotiations failed to achieve that. What came out of the conference is the Copenhagen Accord - a complete failure, as the Accord was only a political declaration, not an official UNFCCC agreement and it was not legally binding. It established the 2°C target - global warming should be limited to below that - but only as a political declaration. The Accord also only contained declarations of voluntary mitigation action for all Parties (the so called 'pledge and review approach') vs. legally binding targets for Annex I Parties. 114 countries have agreed to the Accord, but the COP15 did not formally adopt it.

Many aspects of the Copenhagen Accord were brought into the COP16 in Cancún in 2010 where the Cancún agreements were adopted. The agreement officially stated that global warming should be limited to below 2.0 °C relative to the pre-industrial level - with the option to review it regularly (so it means it could technically still be reduced to 1.5°C or even less). 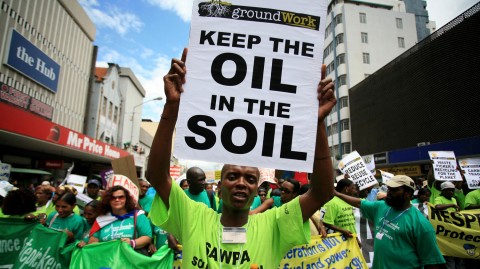 The Green Climate Fund (GCF) was created during this COP - Annex I countries made commitments to so called fast-start finance (US$ 30 billion in 2010-2012) and long-term finance (US$100 billion per year by 2020) - for both mitigation and adaptation action. Currently, these are only pledges and far from what's actually needed.

At the COP17 in Durban in 2011, parties adopted the "Durban Platform for Enhanced Action" - a new track of negotiations. It established the Ad hoc Working Group on the Durban Platform for Enhanced Action (short: AWG-ADP) with the mandate to develop a protocol, another legal instrument or an agreed outcome with legal force (that means something similar to the Kyoto Protocol) applicable to all Parties that should come into force by 2020 - this is the new agreement that should be adopted in Paris at COP21.

In Doha in 2012 (COP18), the two existing tracks of Kyoto and Bali Action Plan negotiations were concluded. It adopted the Doha Amendment - Kyoto Protocol second commitment period was established from 2013 to 2020, but with no concrete targets (Parties were supposed to submit these in the following years). The focus under the Durban Platform is now on two workstreams: a mitigation-focused pre-2020 workstream, and a post-2020 workstream for a new climate treaty set to be adopted in Paris.

At the COP19 in Warsaw (2013), the distinction between developed and developing countries in relation to the new treaty was further blurred by adoption of the term "contributions" by all parties. A small step forward was the establishment of the Warsaw International Mechanism for Loss and Damage which is supposed to deal with climate impacts.

At the COP20 in Lima (2014), developed countries wanted to limit "contributions" to only mitigation, but Parties finally agreed contributions could also include adaptation - but no reference was made to finance, technology transfer or capacity. 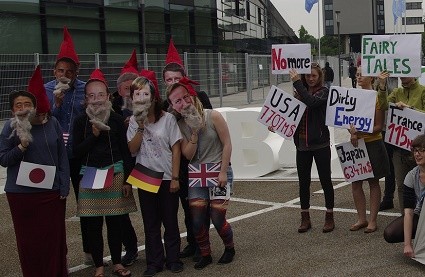 To understand why there has been little progress in the past 20 years of climate negotiations, you need to understand what is happening behind the scenes at the COPs.

Many of those who profit from the current dirty energy system and don't want to change, are also blocking progress. Transnational Corporations' (big business) vested interests are producing -and lobbying for- fossil fuels and dirty energy including coal, oil, fracking, nuclear, industrial agriculture, carbon trading, REDD, etc. at the G7, at the UNFCCC, at national levels. Many politicians are acting in the interests of the elites and big business, and are supporting fossil fuels and dirty energy.

The UN climate negotiations are compromised because the fossil fuel industry continues to influence national and international climate policy making. Each year at the COP, we as civil society are pushing the UN to prevent the industry that profits from the destruction of the climate from influencing the negotiations. At the COP19 in Warsaw in 2013, civil society walked out of the talks en masse to protest intense corporate lobbying. We must stop the corporate takeover of UN climate negotiations by the corporate polluters.