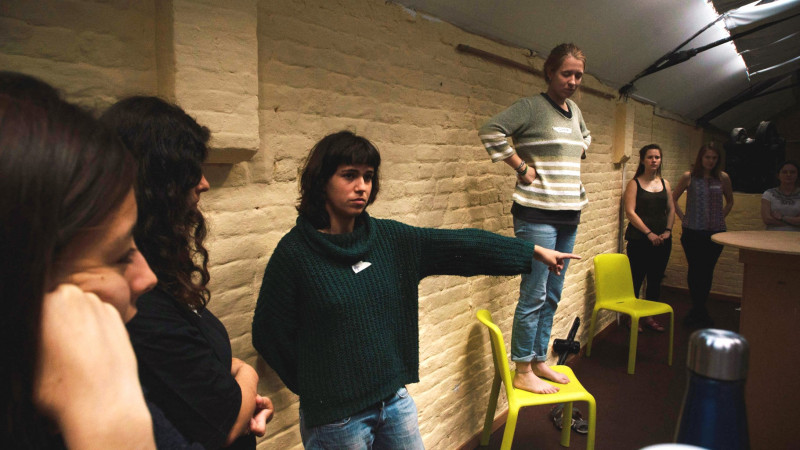 The transformative nature of non-violent communication

Role-playing exercises are great. Non-violent communication (NVC) is even better. Combine them in the right way and a seed for societal change has been planted. Let us try to explain why...

Role-playing is far more than Dungeons and Dragons (although that is great too, but not relevant right now). It is an activity where you are assigned to a certain role or character in a specific situation. The interaction between these characters is where the magic happens. It can be a dynamic way to become familiar with a certain subject or technique, and discover the challenges and injustices the characters may be facing.

So, practically, what did our scenario look like?
In June 2019, Young Friends of the Earth Europe brought together 11 young volunteers from Belgium, Ireland, Latvia and Spain in Brussels, Belgium for a training on working and engaging with rural communities. Amongst other community-organising tools and techniques, we learnt how to apply NVC through a role-playing exercise. Our exercise took us to an imaginary site where plans for fracking had been approved and were about to start. This site was located in a relatively poor rural area, with few job opportunities.

We were divided into two groups: 1) The local community: in favour of fracking as it brought with it employment opportunities, although aware of the potential negative consequences on their local environment. 2) Urban environmental activists: fundamentally against the fracking site, as it would have damaging long term socio-ecological consequences.

Before the confrontation, each participant was given a few arguments to help debate their opponent. Then, the local community met the activist group in a picket line at the fracking site, where each party tried to convince the other. It did not go so well. None of the participants changed their mind after the confrontation.

When debriefing the exercise, we discussed what had made the communication so unsuccessful:

It was striking how the exercise had generated similar or complementary feelings in both teams (patronizing / guilted, not listened to, frustrated), despite the characters being significantly different. This is because some of the underlying interests and needs of the characters were actually the same! Both groups wanted the future to be as good as possible, both groups needed to feel listened to and valued. 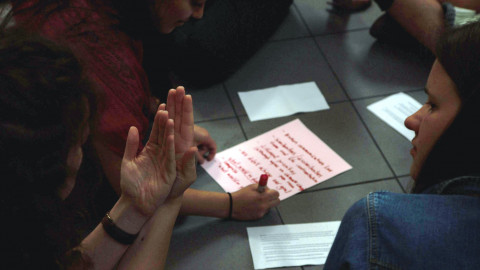 Non-violent communication (NVC) techniques
After the debriefing and equipped with concrete NVC tools, we went back into our characters. This time, the local community was welcomed to a circle of chairs set up to disperse the two opposing blocks. Having left presumptions and the language of war at the door, we were now focusing on actively listening to each other. This less confrontational and more inviting setting resulted in a much more open and safe space for engagement and discussion. Open-ended questions are an important part of active listening, which was needed to understand each other's needs. Once the needs of both parties were communicated, the conversation could move from a "Yes! No!" conversation to trying to find solutions that could meet both needs. For example, the fracking discussion could move from climate change in an abstract way to issues related to the health and jobs of the community on a concrete level. Responding to what was actually being said was key in paving the way to reaching some kind of compromise - which does not necessarily have to be a ‘middle’ point.

During the debriefing of the second role-playing round, one participant said they felt that the calm tone of the role-play was masking an underlying aggression. This is an important remark, as NVC is a tool that could be difficult to apply if you have a lot at stake personally (e.g. your livelihood). You can be rightfully angry and shout if you are being oppressed. Therefore, if you are the person with less at stake, make sure not to use tone policing when introducing NVC to the conversation. 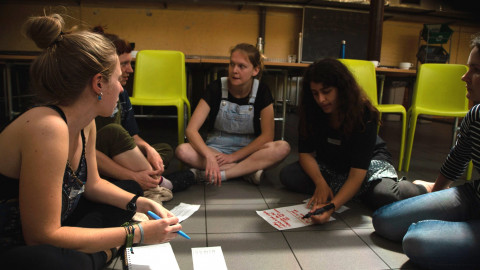 Non-Violent Communication beyond self-improvement
Today, NVC is increasingly being used for the purpose of self-improvement and personal relations. Rightly so, as the way we treat the world starts with how we treat the people and surroundings close to us. However, the language of non-violence should not stay in the individualised context. The real potential of NVC lies in its transformative nature on a societal level. That is why the context of our role-play exercise is an ideal example of NVC at its best: NVC in the context of fostering community change and supporting systemic transformations. As Marshall Rosenberg, who conceptualised NVC (based on ancient teachings and practices) puts it: “if I use NVC to liberate people to be less depressed, to get along better with their families, but do not teach them, at the same time, to use their energy to rapidly transform systems in the world, then I am part of the problem. I am essentially calming people down, making them happier to live in the systems as they are, so I am using NVC as a narcotic.”