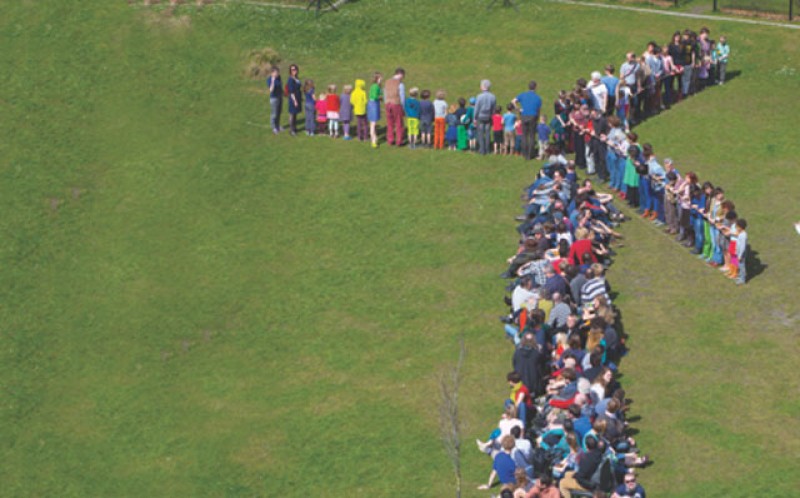 Power to the people on day of co-operatives

On the eve of the United Nations International Day of Co-operatives (July 6) organisations are calling for an urgent transformation away from the current corporate-controlled energy system.

Climate Alliance, Cooperatives Europe, Ecopower, Friends of the Earth Europe, and REScoop.eu are asking European Union decision makers to pave the way for a clean energy revolution led by citizens. Putting communities at the heart of Europe's energy systems will ensure widespread support for renewable energy on the scale needed to combat climate change, they say. [1]

Klaus Niederlander, director of Co-operatives Europe said: "Europe's citizens are undeniably the key driver of the transition to renewable energy sources. While the old fossil and nuclear based industry is fighting to turn back the clock, local councils and regions across Europe are more and more embracing this energy transition. Co-operatives as well as other local community schemes play a pivotal role in mediating between citizens as their members, the authorities as their regulators, and willing utilities to achieve the change we need."

Susann Scherbarth, climate justice and energy campaigner at Friends of the Earth Europe said: "We urgently need to decrease our energy consumption and switch to citizen-controlled renewables if we are to avoid devastating climate change. Instead of subsidising fossil fuels we must put this cash into the transition to renewables. There is change in the wind."

The groups also draw attention to the importance of local authorities in facilitating a new energy system by teaming up with their citizens and supporting their energy projects.

This year's UN Day of Co-operatives focuses on the theme, 'Co-operative enterprise remains strong in time of crisis'. It draws attention to the resilience of the co-operative model which can also help to achieve the energy transition needed to prevent the climate crisis. [2]

Alongside Friends of the Earth Europe and Cooperatives Europe, Climate Alliance, Ecopower and REScoop.eu campaign at local, regional, national and EU level to increase the proportion of renewable energy that comes from community energy schemes, where citizens own or participate in the production or management of energy.