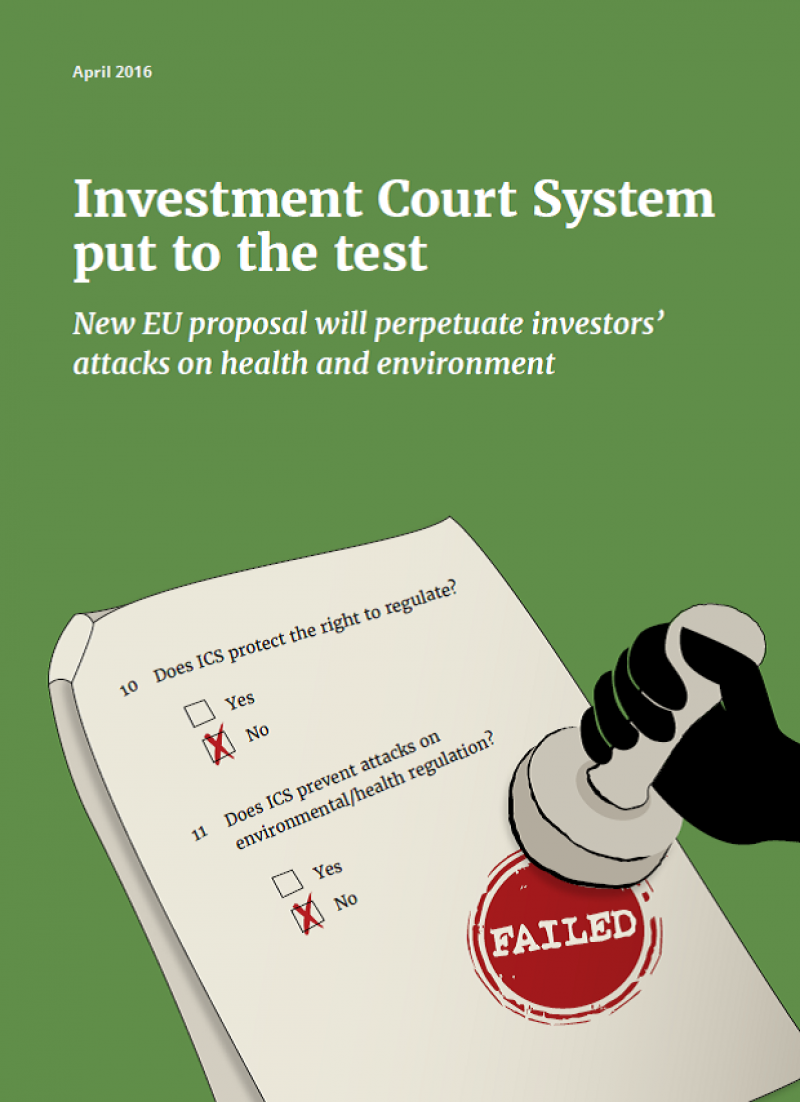 This report shows that dangerous attacks against regulations protecting the public interest and the environment would not be prevented by the European Commission’s new investment protection proposals for future trade agreements.

Developed by Friends of the Earth Europe, Transnational Institute, Corporate Europe Observatory, the Forum Umwelt und Entwicklung, and the Canadian Centre for Policy Alternatives, the report tests the European Commission’s promise that the Investment Court System, its new framework for investment protection, will protect governments’ right to regulate.

Five iconic and controversial investor-state dispute settlements, where environmental and public health protections have been attacked, are reviewed through the lens of the Investment Court System, promoted during negotiations on a Transatlantic Trade and Investment Partnership (TTIP), the EU-Canada Comprehensive Trade and Economic Agreement (CETA), and the EU-Vietnam agreement. The report finds that all five disputes could still happen under the proposal, which falls short of safeguarding governments’ right to regulate.

• Philip Morris vs Uruguay for the introduction of graphic warnings on cigarette packages and other tobacco control measures to promote public health;

• TransCanada vs USA for Obama’s decision to reject the Keystone XL pipeline as part of the US’ commitment to tackle climate change;

• Lone Pine vs Canada for a precautionary fracking moratorium enacted in Quebec;

• Vattenfall vs Germany for Hamburg city’s imposition of environmental standards for water use at a coal-fired power plant;

• Bilcon vs Canada for an environmental impact assessment that prevented the construction of a large quarry and marine terminal in an ecologically sensitive coastal area.

If the European Commission is serious about its promise to protect citizens and the environment, it will put an end to parallel arbitration, starting with the removal of investor-state dispute settlement provisions – under whichever label – from the TTIP, CETA, and the EU-Vietnam trade agreements.